In April Edge, Microsoft’s Chromium-based browser gained a global browser market share of 10.07%, surpassing 10% for the first time since its introduction. In doing so, it overtook Safari as the second most popular browser on desktop computers.

Here is the breakdown for April 2022 from Statcounter:

If, like me, you are experiencing deja vu, yes, we have been here before. In April 2020, we reported that Edge is becoming the second most popular desktop browser. On that occasion, Edge held just over 8% of the desktop browser market and had overtaken Firefox to reach second place.

The stats and charts presented then were based on data from NetMarket Share, as were those from another report on the ongoing battle of browsers from November 2020, when Edge was on 10.22% of desktops, leaving Firefox far behind. 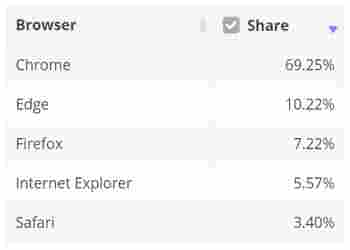 However, as its title NetMarketShare Bows Out revealed, the important and disappointing news of this article was that there would be no more such statistics from NetMarket Share and I concluded my report:

without NetMarketShare this might be my last word on the subject [of browser market share] for a while.

Eighteen months later, Martin Brinkmann on ghacks has the title, Microsoft Edge beat Safari and Firefox to second to Chrome on desktop systems and it seems worth revisiting that story.

The new numbers come from StatCounter and as I’ve pointed out before, although NetMarket Share has always had points of agreement, in this case the overwhelming dominance of Chrome, there were discrepancies between them due to different methodologies . It is therefore more or less useless to make direct comparisons.

So what can we say based on Statcounter’s latest 12-month chart of global desktop browser market share? 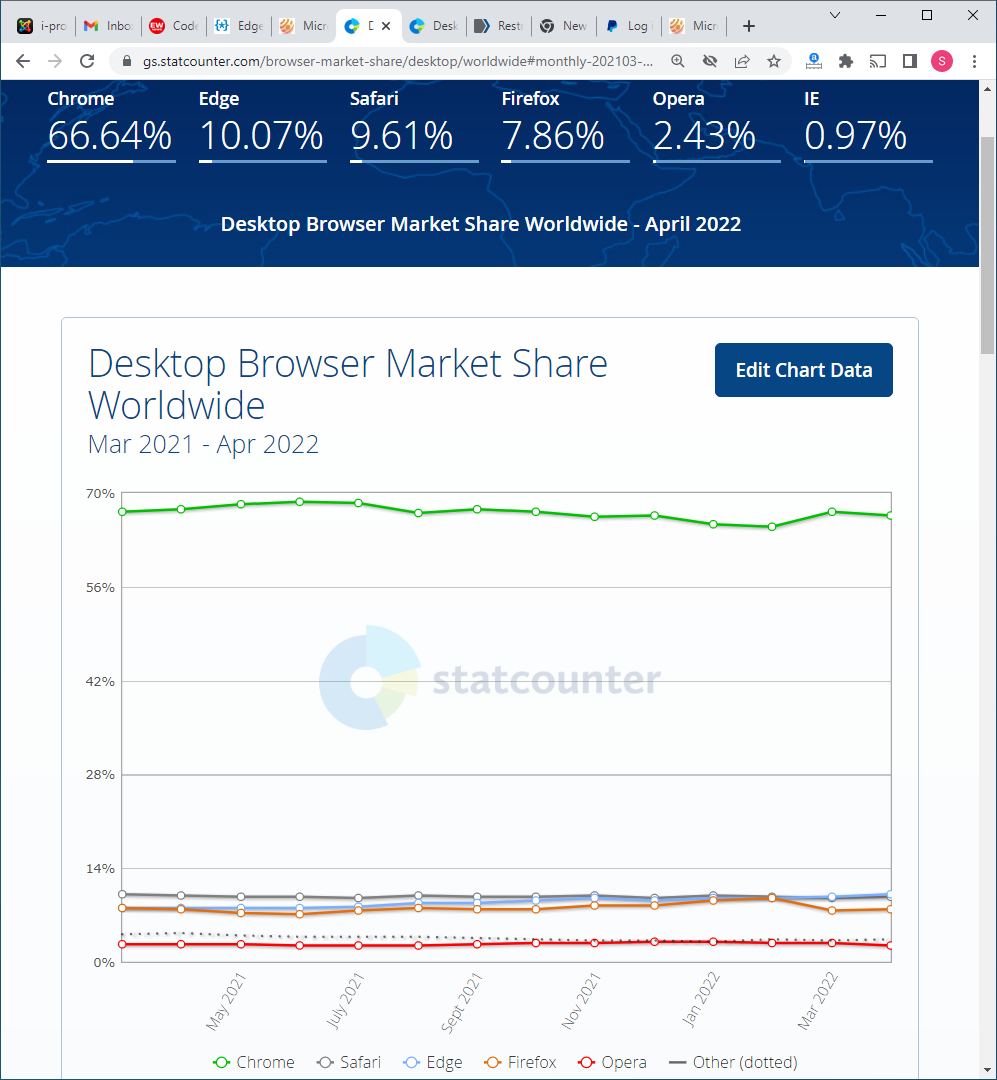 The most obvious is that Google Chrome leads the pack with two-thirds of the market. Three browsers (Safari, Edge, and Firefox, with a combined share of 30%) have vied for second place remotely over the past year with Safari and Edge so close together you can’t tell the difference. Safari’s black line from Edge’s blue line. The change over the past two months appears to have been triggered by a decline in Firefox sharing rather than an increase in Edge usage. And Internet Explorer, which will no longer be supported in a few weeks, still has 1% and refuses to leave the chart – sound familiar?

Edge – Can a New Logo Change Its Fortunes