The benefits of software that automates daily workflows need not be spelled out. In theory, that’s a major labor saving, not to mention wallet-friendly. But perhaps because automating back-office tasks is a low-hanging fruit, the workflow automation software market has become crowded in recent years. UiPath, one of the largest automation providers, saw its market capitalization drop from $35 billion to $15 million in the space of a year. And a number of smaller players, including Signavio, Intellibot MyInvenio, Clear Software and Servicetrace, have been acquired by larger tech companies.

Pascal Weinberger, CEO of Bardeen, believes that the software automation industry has two main challenges: ease of use and automation discovery. Currently, to implement automation, companies buy tools and then typically hire large consulting firms to implement automation with the tools, Weinberger says. After implementation, companies find these tools difficult to use, especially when it comes to discovering which processes to automate – a step known as process mining.

“This causes a lot of friction and makes it difficult for end users to actually automate their work,” Weinberger told TechCrunch via email. “Existing tools are too difficult to use for end users who are actually performing the processes that need to be automated.”

Weinberger has a dog in this fight; Bardeen is an automation provider. But while he acknowledges that the market is approaching saturation point, he argues that Bardeen is positioned for success as it solves many problems with process automation platforms today.

“Bardeen strives to bring…automation to the masses. We do this by making it very easy for our users to create and customize their unique workflow automations through their software-as-a-service tools,” Weinberger said. Bardin [can] enable…IT departments to focus on what matters, while end users are able to identify, automate and maintain their own automation for their unique workflows.

Weinberger co-founded Bardeen in 2020 alongside Artem Harutyunyan, with whom he shares a curious work history. Weinberger previously studied neural anatomy as an intern at the Max Planck Institute for Brain Research before co-launching Gaia Solutions, a startup monitoring crop conditions through satellite imagery and soil sensors. . Harutyunyan was a senior researcher at CERN, specializing in software, then senior director of products and engineering at Mesosphere.

Bardeen’s inspiration came from Weinberger and Harutyunyan’s personal experiences running engineering organizations, according to Weinberger, where they had to complete many “mundane” development tasks every day. With Bardeen, users download a browser extension and select from a range of automations the tasks they want to automate, such as pulling data from the web and copying it to a spreadsheet or reminding attendees of an upcoming meeting. They can also create custom automation workflows or modify the predefined ones to suit their needs.

“Bardeen has a huge advantage…here because the system works inside the user’s browser. All data processing and storage is done at the edge, that is, inside the user’s browser,” Weinberger explained. “In fact, we don’t directly see, store or access user data. This approach is quite unique and none of the competitors do it – they all use a traditional cloud-based model. We basically built a platform to automate workloads while maintaining privacy. »

Weinberger sees AI modules for things like text-to-speech and optical character recognition and smart suggestions, which recommend automations to users based on the current context, as another key differentiator. He says the goal is to scale smart suggestions over time so they learn and suggest “any automation that can help save time.”

Ease of use is definitely important when it comes to automation. According to a recent survey by Creatio, despite automation becoming more commonplace within enterprises, more than a third of enterprise technology workers say the slow or lack of adoption of automation by their colleagues is a major challenge in their line of work. 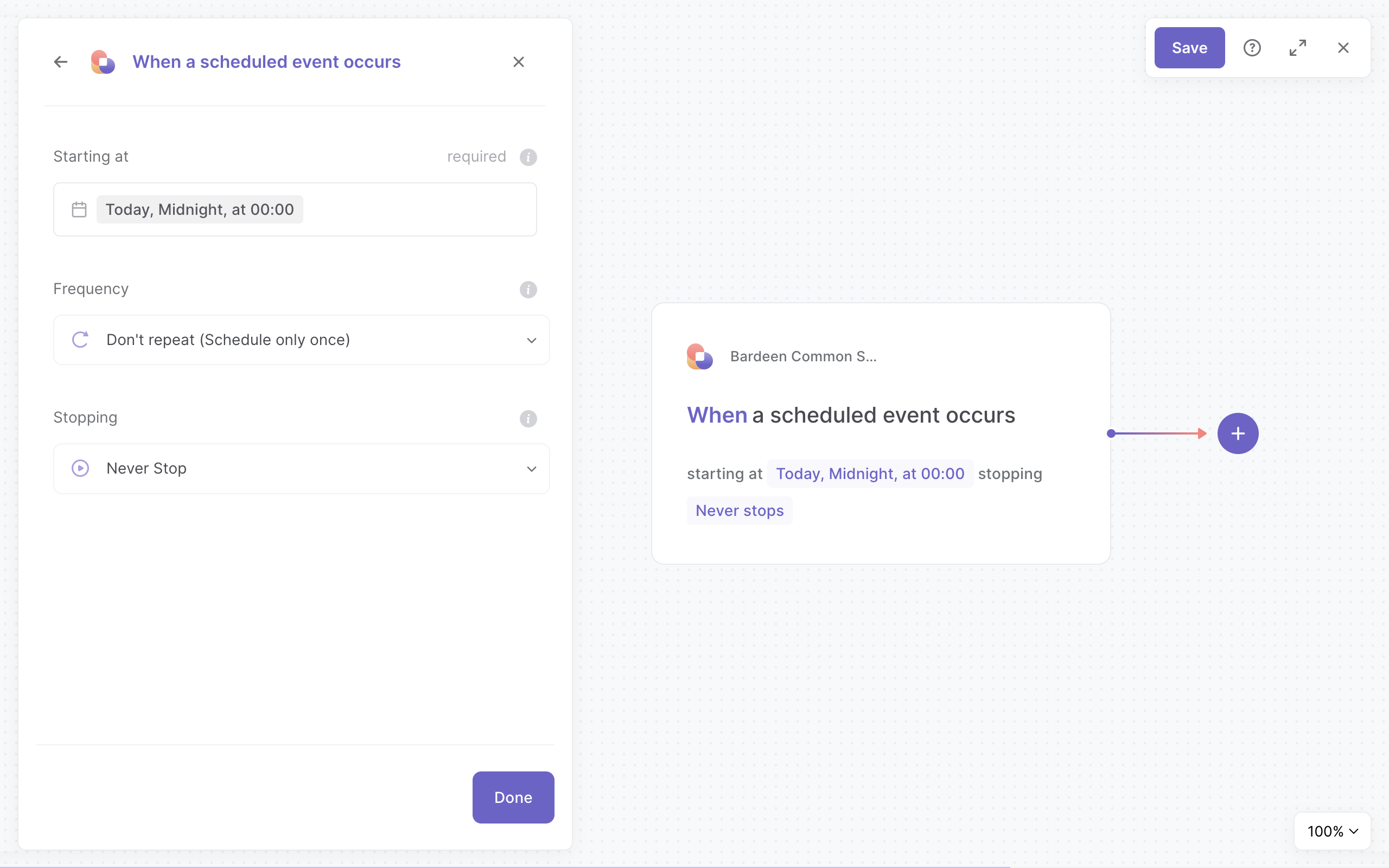 “We make it easy not only to create an automation, but also to share it and make it available to team members and the people you work with every day. We’ve built more integrations with the most commonly used software-as-a-service platforms on the market. For example, Slack, Zoom, Google Sheets, Airtable, Notion, and ClickUp,” Weinberger added. “We’re working to make it feel like magic… [the goal is] automate automations so that non-technical users can, without any effort or prior knowledge, identify, create and share their workflow automations.

Since Bardeen’s public launch in February, Weinberger says the platform has grown to more than 25,000 users. He declined to share the revenue, pointing out that Bardeen is focused on expansion.

While Bardeen might face a challenge from Magical, which takes a similar approach to browser-based automation, Weinberger didn’t express concern. The $15.3 million Series A that Bardeen closed today, led by Insight Partners with participation from existing investors 468 Capital and FirstMark Capital, has undoubtedly boosted his confidence. This brings the total raised by the company to $18.8 million.

Weinberger expects Bardeen to hire on the engineering, AI and growth side of his 11-person team over the next year.

“Our main competitors are software-as-a-service type automation tools like Zapier, as well as incumbent tools… like UiPath, Automation Anywhere, etc.,” he said. “Bardeen is well positioned to help its users increase their work efficiency and can therefore benefit from the growing need for automation and digitization due to the pandemic and other pressure factors at present,” he said. -he declares.